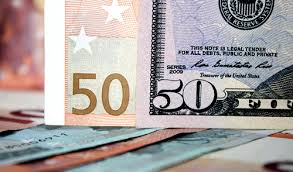 The end of October 2018 was marked by a steady decline of EUR/USD, after the pair posted losses during the previous two sessions. The downside target for the current week is 1.1300, and the experts predict some selling pressure.

On October, the annual inflation in Eurozone was 2.2%. At the same time, the Core CPI Flash Estimate for this market edged up to 1.1%, which is not much, but still noticeable. The level of unemployment here remained the same – about 8.1%.

Being the world’s most popular and influential currency pair, it represents the greatest economies on our Planet. Therefore, the decline in its price can’t but have a serious impact on the rest countries. Let us consider the most important aspects of this influence:

Tips for Dealers in the Current Circumstances

Taking into account the actual Eurozone CPI and the level of EUR/USD pair, experts advise not to hurry with your transactions. The thing is that the whole financial world is waiting for Italy or the European Union to capitulate first by November 13th, as one of them will surely lose the opportunity to sustain the competition.

Traders should also keep in mind that the level of Euro is still within historically limits as compared to many other currencies, resulting from the anticipation that by 2019 the European Central Bank will increase its interest rates. Besides, this year, the ECB is planning to finish its Quantitative Easing program, which will also influence the currency price.