The Ripple price has once again entered with further losses expected in the short term. After having touched the $0.70 mark on 4 July, XRP has been on a consistent downtrend this week with the price dropping to the $0.6288 mark over the past 24 hours. This is a 10% decline, but bearish sentiment has now taken over the market and further drops to below the $0.60 level of support are expected.After having reached a high of $1.90 in early May, the Ripple price crashed downwards at spectacular speed to reach a low level of $0.5451 on 22nd June. It has since appreciated by 30% to the $0.70 level but as global crypto sentiment takes a turn for the worse, the price is expected to crash further. Several indicators were pointing to a price reversal to the $0.76 mark but with the last decline, it appears that XRP is poised for further downside.Short term forecast for Ripple Price: Bears Taking Over 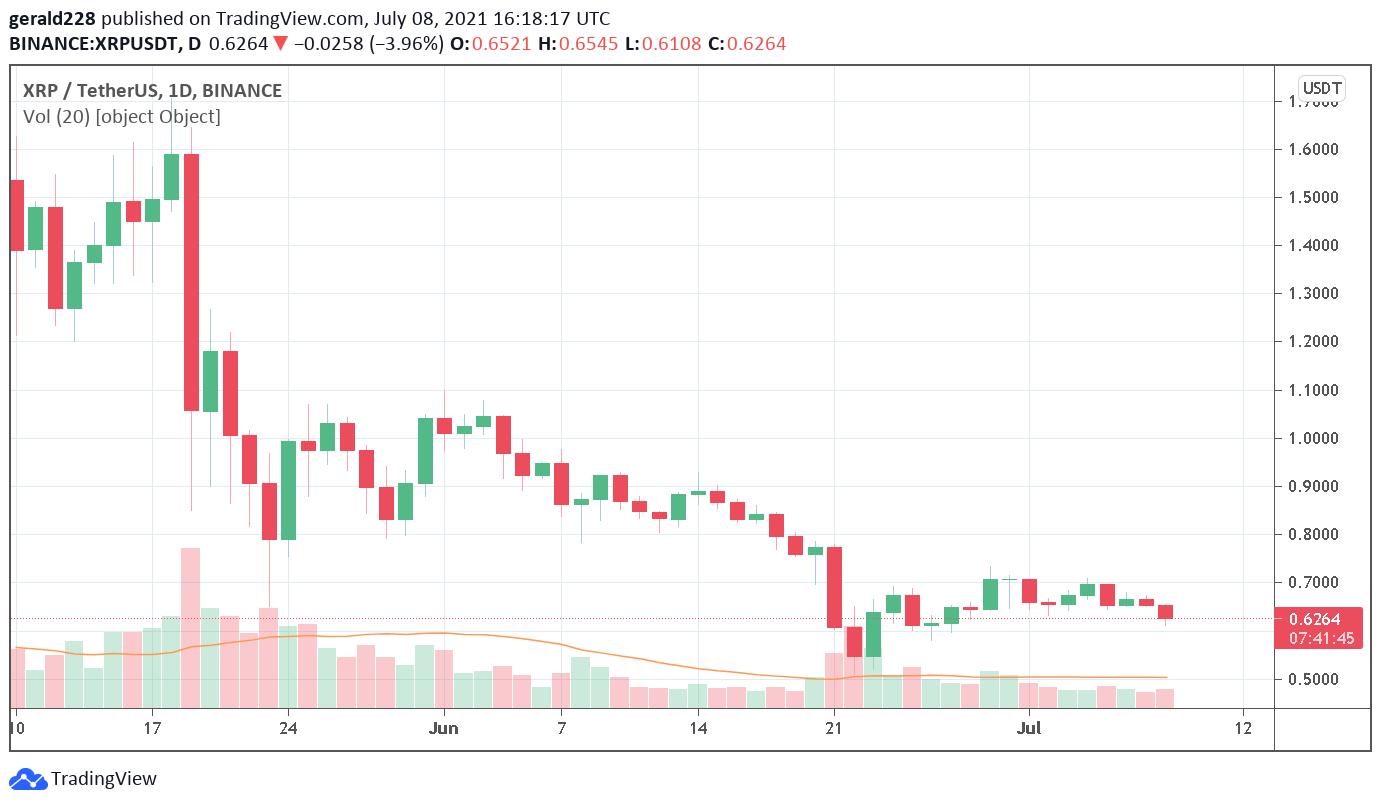 After having over the past week, it seems that Ripple has once again succumbed to bearish pressure. The technical indicators that were present last week seem to have disappeared and the price seems poised for further declines. The $0.645 level appeared to provide strong support but that has now given way and there is little support all the way down to the $0.50 level.Although the Ripple price appears to be supported at the $0.60 level, a venture into oversold territory could indicate another low. A correction towards the $0.50 is also looking likely at this point. Alternatively, a bullish reversal could occur at the $0.59 price level where XRP could start some upside and even possibly regain the $0.70 level for a further leg up.Long Term Forecast: XRP Looks To Regain The $1 LevelAlthough the $1 level now seems to be a long way off, improved market sentiment could change and give the Ripple price a considerable boost. The short-term indicators for XRP remain bearish however and not much movement is to be expected in the next few days. Lower lows may be tested before the real bull run begins. The market appears poised to bounce off the negative sentiment but that may take a while to occur.The rejection of the XRP price at $0.68 resulted in the 7% drop to the $0.47 level. This was also breached, and Ripple is now trading at around $0.62-$0.63. If that level is breached then a descent to the $0.58-%0.59 level could be expected. However, if the $0.647 price is regained, then XRP may start a climb to the $0.72 level. If buying pressure persists then the target of $0.78 is a distinct possibility.Looking to buy or trade XRP now? Invest at eToro!