Main Page » For begginers » Divergence and Convergence in Forex Trading 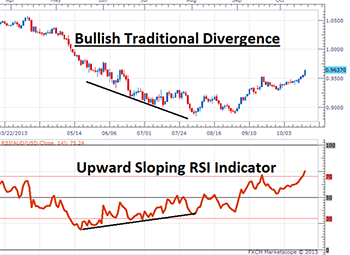 Divergence and Convergence in Forex Trading

What is Divergence in Trading?

The word “Divergence” comes from Latin “divergere” and literally means “to detect disagreement, mismatch”. In technical analysis of financial markets, a divergence is basically a discrepancy between price and indicator readings. Divergences are generally detected by such oscillators as Momentum, ROC, MACD, etc.

Usually, divergence is a situation when a higher high arising on a price graph is not confirmed by the same pattern on an oscillator graph. 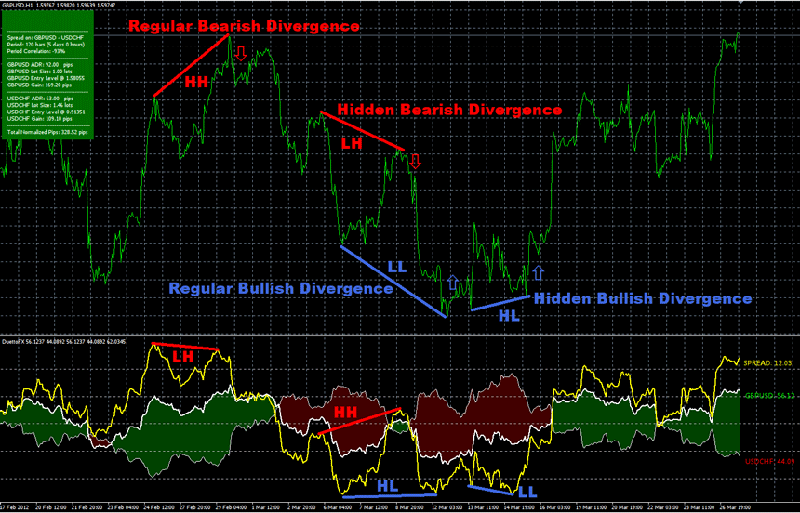 If we draw a line between the highs on the price chart and do the same with the picks on the indicator’s chart, we will clearly see that the lines’ direction diverge, due to which, the phenomenon got a name “a bearish divergence”. Traders call such divergence bearish because once it is formed, there is a high chance that the upward price movement will become downward (a new trend or correction will start).

Bearish divergence signs that the current trend has become to lose its strength and there is a high probability that the market will reverse. It is also the optimal time to open sell orders and close all buy orders.

What is Convergence in Trading?

The word “Convergence” originated from Latin “convergere” which means “going to one point”.

Similar to divergence, convergence also depicts the disagreement between the indications on the price graph and the oscillator’s graph.

The following conditions must be met for classical counter-trend convergence to appear:

How can a trader detect classical convergence? If you connect the neighboring lows on both charts, you will see that their directions converge.

This situation is called bullish convergence and means that it is the right time to place positions to buy and cancel positions to sell.